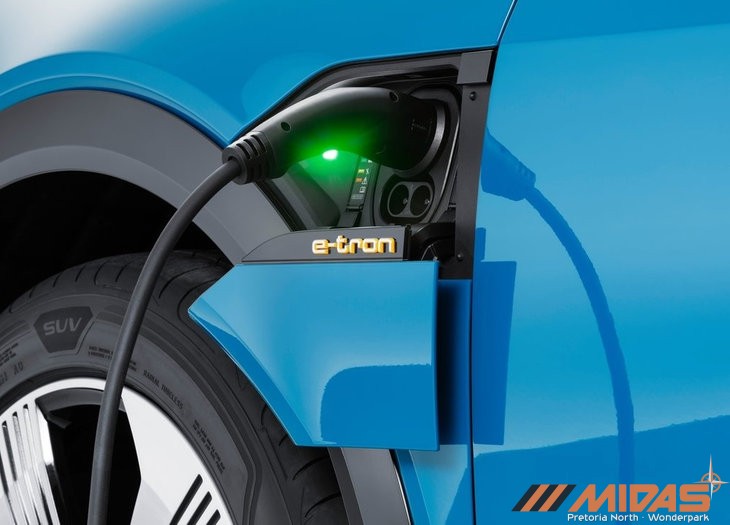 The shift towards electric mobility is gaining momentum. Several manufacturers are looking to the future and introducing electric vehicles (EVs) to the mass market. While electric cars aren’t prevalent in the local market at present, things are changing steadily… Here are 5 significant electric car introductions that you can expect to see in South Africa next year (or in the near future).

Vast distances, lack of charging infrastructure, range anxiety and the prohibitively high purchase prices of electric vehicles are likely to remain key factors that will continue to stifle the adoption of electric cars in South Africa for the foreseeable future.

However, the wheel is slowly turning and rapid technological developments in terms of fast charging, improved electric vehicle range, design and integration are addressing these concerns. A recent example is the R30-million investment that Jaguar (in partnership with GridCars) has made to install 82 new charging stations in major hubs and along major holiday routes across South Africa, which will be known as the Jaguar Powerway. Furthermore, brands such as BMW and Nissan have also collaborated to increase access to public charging infrastructure across the country. Much still needs to be done, but a slow start is a start nonetheless…

The Nissan Leaf has been on sale in South Africa since 2013 and the 2nd-generation Leaf, which was revealed last year, is expected to arrive in South Africa in the first half of 2019. The new Leaf is powered by an electric motor developing 110 kW and 320 Nm of torque in conjunction with a 40 kWh Lithium-ion battery.

The Leaf now has a projected range of 400 km and can be charged in 8 hours using a 6 kW outlet or alternatively, 16 hours using a 3 kW outlet. Fast charging will rapidly decrease charging times and 80% charge can be achieved in about 40 minutes.

The Jaguar I-Pace is scheduled to arrive in South Africa in the first half of 2019. This EV is powered by electric motors driving the front and rear axles with total outputs of 294 kW and 696 Nm. Jaguar says throttle response is immediate, which means the I-Pace will offer fast acceleration with the 0-100 kph sprint taking 4.8 seconds.

An in-house designed, liquid-cooled 90 kWh Lithium-ion battery is capable of rapid charging where it will obtain 80% charge in only 45 minutes using a DC 100 kW charger. A 7 kW home charging wall box will achieve the same result in just over 10 hours. The I-Pace is said to have a range of about 480 km and with an average daily commute of between 40 and 50 km, the I-Pace will only have to be charged once a week.

Watch the Jaguar I-Pace travel from London to Brussels on a single charge below.

The recently-revealed Mercedes-Benz EQC is expected to reach South Africa in mid-2019 and will be powered by a pair of electric motors, combining to deliver 300 kW and 765 Nm of torque. There’s a motor on the front axle and a 2nd at the rear, making it an all-wheel-drive vehicle.

The battery has an energy content of 80 kWh and there are 5 driving modes, each of which results in different performance and ranges. The Mercedes-Benz EQC features a water-cooled onboard charger (OBC) with a capacity of 7.4 kW, making it suitable for AC charging at home or at public charging stations. If you opt for the latter, you can go from 10%-80% in just 40 minutes. The Mercedes-Benz EQC is expected to offer a range of 450 km.

Watch the Mercedes-Benz EQC testing below.

Audi recently revealed its first all-electric series production e-tron model and it is expected to arrive in South Africa in mid-2019. The e-tron is powered by 2 electric motors (one over each axle) that are virtually silent in operation and generate 300 kW and 560 Nm of torque.

Audi’s quattro all-wheel-drive system ensures maximum traction and dynamic ability by regulating and distributing torque between the axles instantaneously. Zero to 100 kph is achieved in about 5.5 seconds and the e-tron will reach a top speed of 200 kph.

The 95kWh battery system is positioned low and central in the vehicle, contributing to a more sporty character. The e-tron is engineered for AC and DC charging and has fast-charging capability of up to 150 kW at high-speed charging stations. 80% charge can, therefore, be achieved in about 30 minutes. Charging at home is achieved using a standard 9.6 kW AC capsule charger, which also includes plugs for a standard 120V outlet as well as a fast-speed 240-volt NEMA 14-50 outlet.

The e-tron’s range is expected to be over 400 km. You can watch the global reveal of the Audi e-tron below.

While the i3 premium compact electric city car has been on sale in South Africa since 2015, BMW has a new electric SUV in the pipeline. Although the iX3 SUV was only shown in concept form at the 2018 Beijing Motor Show, it’s due to go into production in 2020 and will prove to be a fitting rival to the other premium electric SUVs on this list. The BMW Concept iX3 draws styling inspiration from the new X3 which is produced at the firm’s plant in Rosslyn, Pretoria.

The Concept iX3 is fitted with BMW’s 5th-generation electric drive system which offers 200 kW from its electric motor while a high-voltage 70 kWh battery will allow for a range of more than 400 km. A newly-developed Charging Control Unit can be hooked up to fast-charging stations generating up to 150 kW. A full charge will take only 30 minutes using a fast-charging station.

Watch a short video previewing the upcoming BMW iX3 below.